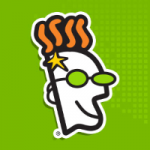 GoDaddy (NYSE: GDDY), based in Scottsdale, AZ, provides internet services including website creation and hosting, internet domain registration, and software applications such as email marketing to businesses and consumers. Consensus estimates call for revenue of $1.6 billion in 2015, which implies 15 percent growth over 2014, and EPS of $0.97 in 2015. By way of contrast the company recorded a seven percent operating margin in 2014, exclusive of depreciation, amortization, and stock-based compensation.

GoDaddy came public on the New York Stock Exchange on April 1, 2015 in a 26 million share IPO priced at $20 per share, in which the company netted roughly $500 million. Importantly, all proceeds from the IPO went to GoDaddy, which placed a priority on reducing its more than $1 billion debt load at the time of the transaction. Post-IPO, GDDY has roughly $243 million in cash and $850 million in total debt. GoDaddy’s IPO was led by an army of investment banks, both large and small, which included Morgan Stanley, J.P. Morgan Securities, Deutsche Bank, RBC Capital Markets, Citigroup, Stifel Nicolaus, KKR Capital, JMP Securities, as well as Oppenheimer and Piper Jaffray and Company. At a recent share price of $27, GoDaddy’s market cap is roughly $4.2 billion.

Founded in 1997, GoDaddy worked hard to develop a presence in website domain registration, largely in the shadow of Network Solutions, a company which VeriSign purchased in 2000 for $21 billion in stock, in a deal which redefined the definition of “goodwill.” VeriSign sold Network Solutions to Pivotal Private Equity for just $100 million three years later. Network Solutions and GoDaddy had the good fortune of having been one of only one of a few Internet registrars accredited by ICANN, a non-profit group that monitors and to some extent polices the registration of internet domains, under the auspices of governments around the world. GoDaddy’s aggressive advertising and pricing, enabled it to gain market and mind share in the registrar market, which has not been blunted, as far as we can tell, by Web.com (NASDAQ: WWWW), through its purchase of Network Solutions for $560 million in 2011. GDDY currently has over 60 million internet domain names under registration, which make it the largest accredited registrar in the world.

GoDaddy explored the idea of an IPO with Lehman Brothers in 2006 and went as far as filing an S-1 before cancelling the deal. In 2011 the company sold a 65 percent stake to a group of private equity investors, which include KKR and Silver Lake Partners. At the time, the transaction was thought to value GoDaddy at roughly $2 billion.

We note that the company currently operates at a roughly 64 percent gross margin (exclusive of depreciation expense), and a six percent operating margin, exclusive of SBC. We consider these margins sub-par relative to other internet services providers, and would be reluctant to recommend the stock in the absence of some understanding of how the company intends to improve its operating margins. We note that KKR (which was involved in the IPO), as well as SilverLake Ventures, and Technology Crossover Ventures control a combined stake exceeding 50 percent, post-IPO, and we would be surprised were there not a secondary offering down the road.

To see how GoDaddy screens against a comparable group of over 40 Internet IPOs of the last seven years, please contact Battle Road Research.