Talend S.A. (NASDAQ: TLND) is a recent addition to our Battle Road IPO Review Software sector coverage. Founded in 2005 and based in Suresnes, France, Talend is an enterprise software company that provides data integration tools, as well as implementation and consulting services. Consensus estimates call for revenue of $104 million in 2016, followed by $135 million in 2017. Talend is expected to post a loss of $0.97 per share in 2016, and a loss per share of $0.52 in 2017.

Talend addresses a well-developed segment of the enterprise software market known as data integration tools. These tools are targeted to IT organizations in large companies to help them extract and prepare data for integration into software applications that are generally custom-built. The Gartner Group estimates the data integration tools market totaled $2.8 billion in 2015, an increase of 11 percent from the prior year. The largest and most established players in the market include IBM, Informatica, Oracle, SAP, and SAS.

Talend, a more recent entrant to the market, takes a more contemporary approach to software development and deployment than many of the market’s long time participants. Thus, Talend uses open source software as a foundation for many of its products, and has utilized the “freemium” model, in which it offers a free, stripped-down version of its software in order to entice users to begin working with the product for internal projects. It can then sell the more full-featured version of the product as a subscription license. The license is generally based on the number of users. This contrasts with the traditional software model, whereby software is sold as a perpetual license, typically based on the size of the CPU onto which the software is loaded.

Talend has targeted IT developers in larger companies, and its software is used by the likes of Allianz, Citi GE, Siemens, and Lenovo. Thus far Talend has deployed its software to more than 1,300 paying customers. Talend derives revenue from software subscriptions, roughly 80 percent of sales, and professional services, the remainder. Overall revenue growth in 2015 was 21 percent, but we note that subscriptions are growing faster than services—a good sign. The company posted a respectable 75 percent gross margin in 2015, but worrisome is the fact that the company generated a $21 million operating loss on a revenue base of $76 million. Hortonworks (NASDAQ: HDP), another relatively recent open source software company IPO, has struggled to achieve profitability as well, and this past month, the company fell to less than half of its IPO price, a warning sign for Talend that it must begin to operate profitably.

Through the first six months of 2016, Talend’s revenue has grown by 36 percent, including 40 percent in software subscriptions. The company’s gross margin was 76 percent, however its operating loss grew markedly from $10 million to $13.5 million through the first six months of this year. We also noted that the company’s accounts receivable DSOs at the end of the June quarter were 99 days, which strikes us as a relatively high figure for a company that sells subscriptions primarily. Post IPO Talend has a good balance sheet, with roughly $100 million cash, including its net proceeds, along with $12 million in debt. To learn more about where Talend trades relative to its software peers, post IPO, please contact Battle Road Research. 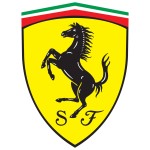 Ferrari (NYSE: RACE), a luxury sports car manufacturer, is the newest addition to our Consumer sector coverage. The company, which was recently spun out of Fiat Chrysler Automobiles (NYSE: FCAU) in an IPO, was founded by Enzo Ferrari in Maranello, Italy in 1929. Ferrari is one of four storied Italian race car manufacturers, which along with Alfa Romeo, Masserati, and Lamborghini, have been testing the limits of automotive performance for decades.  Until Ferrari started producing street legal cars in 1947, it manufactured race cars and sponsored race car drivers.  Ferrari is still headquartered in Maranello, Italy today, and led by CEO Amedeo Felisa.  Consensus estimates call for revenue of $2.85 billion in 2015 followed by $2.9 billion in 2016. EPS is projected to rise from $1.56 in 2015 to $1.69 in the coming year.

Ferrari is focused exclusively on the design, engineering, production, and sales of its top of the line, high performance luxury sports cars, and over the years the company has helped to transform the car business, through its emphasis on style, performance and luxury. Through its avid and frequent participation in Formula One racing, which is considered to be the premier class of single-seat auto racing, the company continues its heritage in automotive racing. Fiat first acquired 50 percent of the company in 1969, and expanded its stake to 90 percent in 1988. Fiat also owns Maserati and Alfa Romeo.

Ferrari currently offers nine vehicle models, seven of which are sports cars.  Ferrari boasts extremely high performance vehicles, with cars consistently going 0-60 miles per hour in approximately 3 seconds, with reported times as low as 2.6 seconds.  All of Ferrari’s automobiles have either high powered V8 or V12 engines.  The top reported speed of a Ferrari is 217 miles per hour, belonging to the limited edition LeFerrari model.  Ferrari prices range anywhere from approximately $200,000 to about $1.4 million, with the most expensive being the LeFerrari model.  With the motto: offer only the best engines, design and customization, Ferrari aims to tailor its high performance and quality vehicles to each individual customer.

Ferrari is in the process of phasing out its “458 model” cars, and replacing them with “488 model” vehicles, and will complete the process within the next several years.  In 2014, Ferrari shipped 7,255 cars.  This low volume production strategy is utilized to continue Ferrari’s reputation of being exclusive and rare.  Ferrari carefully monitors and maintains production volumes as well as delivery times to continue this reputation.

As well as producing high quality vehicles, Ferrari’s brand stretches well beyond this.  Ferrari’s cars symbolize speed, wealth and nobility, and are notoriously expensive, suggesting a high ranking in society for drivers.  Aside from its symbolism, the Ferrari brand extends beyond just cars, offering sportswear, watches, theme parks, electronics, and other accessories.