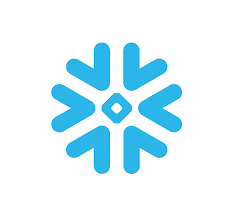 Snowflake (NYSE: SNOW), a cloud-based data analytics company, is a recent addition to our Battle Road IPO Review Software sector coverage. The company was founded in 2012 by Benoit Dageville and Thierry Cruanes, former data architects at Oracle (NYSE: ORCL). A third co-founder, Marcin Zukowski, was a co-founder of Vectorwise. The company is based in San Mateo, California. Consensus estimates call for revenue of $566 million for its current fiscal year end January 2021, followed by revenue of $1.08 billion, in FY’22. EPS during the same period is expected to be a loss of $1.00 in FY’21, followed by a loss of $0.90 the following year. At a recent share price of $250, the company’s market cap is a rather astonishing $69 billion.

Snowflake debuted on the New York Stock Exchange at an opening price of $120 on September 18th in a 28 million Class A common stock offering. In an unusual twist of events, Snowflake and its underwriters allowed Salesforce.com and Berkshire Hathaway each to acquire over $250 million of stock in private placements, just before the IPO. In addition, Berkshire Hathaway acquired the 4 million share stake of a former CEO of the company. All told, the company raised nearly $4 billion, making it the largest-ever Software IPO. Following the transaction, there are roughly 36 million Class A shares, and 240 million Class B shares, for a total of 276 million shares outstanding. The deal was led by Goldman Sachs, Morgan Stanley, J.P. Morgan, and befitting the size of the offering, 20 additional investment banks.

Snowflake offers a native cloud software platform for data analytics, harnessing the public clouds of Amazon.com (AWS), Microsoft Azure, and Google Cloud. Like all native cloud software companies, whose software does not run on customer owned hardware and internal IT infrastructure, Snowflake can claim, with some accuracy, that its approach requires “near zero” customer maintenance. Snowflake places a great deal of emphasis on its data architecture, which is comprised of storage, compute, and cloud services. Thus, computing tasks are divided among the layers, making its overall operation more efficient. In doing so, Snowflake purports to provide customers with a “single source of truth to drive meaningful business insights,” among other benefits.

The company has grown rapidly, recording revenue of $97 million for the year ended January 31, 2019, tripling the following year to $265 million. Rather astoundingly, the company’s net loss from operations widened from $178 million to $349 million during the same period. The company claims over 3,000 customers as of July 31, 2020, double that of a year ago, and among them, 146 of the Fortune 500. Over 50 customers generated more than $1 million in revenue. Today, roughly 12 percent of sales comes from outside of the U.S.

As a relative new kid on the block, Snowflake has targeted the large installed base of customers of traditional data warehouse and analytics software vendors, including IBM, Oracle, and Teradata. Snowflake is often able to drift in below the radar by selling to a small group of users for a new analytics project. If it demonstrates value to the initial workgroup, Snowflake can then expand into other departments, assuming the customer is willing to idle or part ways with their existing data architecture and infrastructure. Snowflake has been among the pioneers in so-called usage based pricing, wherein customers pay, for example, according to the number of queries that they run, rather than a fixed yearly subscription.

Competition includes Google (NASDAQ: GOOGL), which offers BigQuery, an analytics package exclusive to the Google Cloud, as well as Amazon.com’s Redshift. It should be noted that Oracle (NYSE: ORCL) and Teradata (NYSE: TDC) have placed a great deal of emphasis on their own cloud analytics offerings in recent years, though they face the challenge of fending off attacks on their respective installed bases as cloud-only vendors like Snowflake seek to siphon off funds for new projects.

Snowflake has relatively limited customer concentration, with Capital One Services, accounting for 17 percent, and 11 percent, respectively, during the fiscal years ended January 31, 2019, and January 31, 2020.