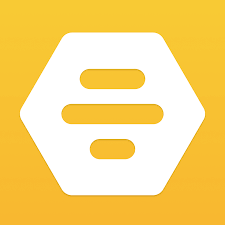 Founded in 2007 by Andrew Houston and Arash Ferdowsi, and based in San Francisco, Dropbox (NASDAQ: DBX) provides a cloud-based content collaboration software platform that enables users to share, synchronize, and access digital files. Consensus estimates call for revenue of $1.3 billion and EPS of $0.20 in 2018, followed by $1.6 billion and $0.31 in 2019.

Dropbox debuted on the NASDAQ on March 23, 2018, in a 36 million Class A share IPO priced at $21, with 26.8 million shares offered by the company, and roughly 9.2 million shares sold by selling shareholders. Thus, the company netted roughly $540 million in the process. The IPO was led by a veritable army of 12 investment banks, including Goldman Sachs, J.P. Morgan Securities, BofA Merrill Lynch, Deutsche Bank Securities, Allen & Company, RBC Capital Markets, and others. Post-offering, there are 53 million Class A shares and 339 million Class B shares for a total of roughly 392 million shares outstanding. At a recent share price of $30, Dropbox’s market cap is roughly $11.8 billion.

With over 500 million registered users, Drop Box has created a digital collaboration platform that enables consumers and businesses to share, synchronize and access digital files. It does so by utilizing proprietary block-level sync technology to speed the process of file uploads and downloads. The company embeds multiple levels of redundancy and security to protect against data loss. Dropbox helps geographically-dispersed work teams stay in synch and share files, a feat which is increasingly important to businesses of all sizes, as 30 percent of full-time employees work primarily on a remote basis, with 20 percent of the workforce comprised of temp workers, contractors, and freelancers, according to a 2016 Deloitte study. Dropbox currently stores over one billion gigabytes of data.

Dropbox is a pioneer of the “freemium” business model, through which a company offers a free version of its product, and attempts to up-sell and cross-sell customers to paid plans. Of the company’s 500 million registered users, 11 million are paying customers. Dropbox offers two subscription services for individuals and microbusinesses, and three plans for businesses. Of the 11 million paying users, 30 percent subscribe to a Dropbox Business plan, while 50 percent of subscribers to its individual plans use Dropbox for work purposes.

Dropbox is as much focused on converting free members to paid memberships as it is converting lower-tier paid subscribers to its higher priced, and more feature rich plans. 40 percent of new Dropbox business teams included a member who was previously a subscriber to a paid individual plan. 300 million of the company’s 500 million users are, according to Dropbox, “more likely than other registered users” to pay over time, based on Dropbox’s analysis of their email domains, devices, and geographies.