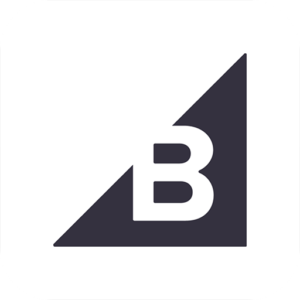 BigCommerce Holdings (NASDAQ: BIGC), an ecommerce software company, is a recent addition to our Battle Road IPO Review & Stock Screen coverage. Founded in 2009, the company is headquartered in Austin, Texas, where it is led by Chairman, President, and CEO, Brent Bellm. For 2020, Consensus estimates call for $142 million in revenue, along with a loss of $1.01.  The outlook improves in 2021, as analysts foresee the company producing $170 million in revenue, with a loss per share of $0.41.

BigCommerce debuted on the NASDAQ on August 5th, 2020, at an opening price of $24, in a 10.4 million Series 1 common stock offering, of which 7.9 million were sold by the company, with the remainder sold by shareholders.  Following the transaction, the company has about $215 million in cash, with a net cash position of $144 million.  At a recent share price of $83, the company spent little time as a small cap stock, and now possesses the remarkable market cap of $5.5 billion.  Morgan Stanley and Barclays were lead book-running managers for the offering, with assistance from six other firms.

BigCommerce aims to provide the best SaaS ecommerce platform in the world for all steps of customer growth, with a focus on building online store fronts, and the infrastructure to manage them.  In addition to developing the customer’s ecommerce site, BigCommerce develops cross-channel connections to other online marketplaces, social networks, and offline point-of-sale systems.  The company provides free direct integrations with online marketplaces such as Amazon and eBay, search engines like Google, social networks including Facebook and Instagram, and point-of-sale platforms, such as Square, Clover, and Vend.

The company’s solution includes modules for checkout, order management, store design, catalog management, reporting, and hosting, with pre-integration into third-party services, such as payments, accounting, and shipping.  The company claims that its customers’ stores are run on a single cloud base with a global, multi-tenant architecture developed for high levels of security, performance, and innovation.

When first founded, BigCommerce focused on targeting small businesses, but under new leadership, beginning in 2015, expanded its target market to include the mid-market, or companies with annual online sales between $1 million and $50 million, as well as large enterprises. In total, BigCommerce supplies solutions to roughly 60,000 online stores in 120 countries.  About 75 percent of the sites BigCommerce serves are in the United State, and notable customers include Sony, Ben & Jerry’s, SkullCandy, and SC Johnson.

According to eMarketer, retail ecommerce accounted for roughly 10 percent of all retail spending in 2017.  eMarketer projects that this number will balloon to 21 percent of global retail spending by 2023. The International Data Corporation (IDC) estimates that the worldwide market for digital commerce applications, or ecommerce platforms, was $4.7 billion in 2019, and is expected to jump to $7.8 billion in 2024.  BuiltWith.com ranks BigCommerce as the second most utilized ecommerce platform in the world.

BigCommerce sells its platform through a monthly subscription model, with prices starting at $29.95 per month and increasing with business size and functionality requirements.  In its fiscal year ending December 31st, 2018, BigCommerce recorded $92 million in revenue, with a net loss of $39 million.  While revenue increased to $112 million in its fiscal year ending December 31st, 2019, its net loss grew to $43 million. The stock screens near the bottom of our Battle Road IPO Review Software sector coverage, carrying an EV/sales ratio of 31x projected 2021 Consensus revenue estimates.