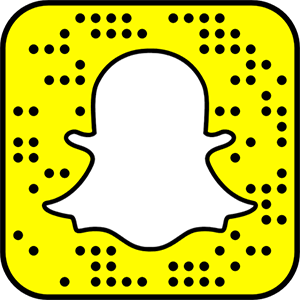 Snap, a social media app for sharing pictures, video and text messages, becomes the most recent addition to our Battle Road IPO Review Internet coverage. Founded in 2011 by Stanford roommates Evan Spiegel and Robert Murphy, president, and Chief Technology officer, respectively, the company is based in Venice, California. According to current Consensus estimates Snap is expected to post revenue of $1 billion this year, (up from $600 million in 2016) along with a loss per share of $0.58. In 2018, revenue is expected to nearly double to $1.9 billion, and its loss per share is expected to narrow to $0.34. Like Google, Facebook, and Twitter, Snap monetizes content on its website through advertising.

Snap launched its 200 million Class A share IPO on the NYSE on Thursday, March 9th at an opening price of $17, with 145 million shares sold by the company, and 55 million shares old by existing shareholders. The Class A shares have no voting rights. The transaction netted the company roughly $2.3 billion. Snap’s capital structure also features Class B shares, which are allocated one vote, and convertible into one share of Class A stock. The company’s Class C shares have 10 votes and are convertible into one share of Class B stock.

Following the offering, nearly 90 percent of the voting rights reside with founders Spiegel and Murphy. Early investors in Snap include Benchmark Capital and Lightspeed Ventures. The transaction was led by a relatively small number of seven underwriters, which included Morgan Stanley, Goldman, Sachs & Company, J.P. Morgan, Deutsche Bank Securities, Barclays, Credit Suisse, and Allen & Company. By way of contrast, Facebook utilized 31 underwriters for its IPO. At a recent share price of $22, Snap’s post- IPO market cap is roughly $31 billion, taking into account the company’s three tiers of stock, along with restricted stock units, which in aggregate total roughly 1.4 billion shares.

Originally founded as a picture-sharing website called Picaboo, the company later changed its name to Snapchat. By the end of 2012, Snap had one million daily active users. In contrast to other picture and video sharing websites, such as Twitter and Facebook, Snap pioneered the notion of delete by default, that is, pictures posted and shared dissolve within 10 seconds. Thus, users can share images and videos more spontaneously, and for some, not have to worry about the repercussions of a permanent or embarrassing posting. The spontaneous nature of Snap has resonated with millions of 13-24 olds that are its target demographic. The company has since added text messaging and story-telling through the creation of personalized pictures and videos that can tell a story as it unfolds throughout the day.

Another company milestone occurred in 2013, when Facebook, according to multiple press accounts that we have seen, offered to buy Snap for $3 billion. The prior year, Facebook acquired Instagram for $1 billion. Since then, Facebook has dramatically improved Instagram, and also acquired WhatsApp, a chat application company, for which it paid $19 billion.

In 2014, less than three years ago, Snap announced that it had 50 million daily active users, and added chat and live stories to its capabilities. Paid advertisements were implemented by the end of the year. By the end of 2015, the company claimed over 100 million DAUs. By its own accounting, Snap now counts over 166 DAUs, which it calculates as the average number of DAUs for the entire quarter for which it reports. This contrasts with Facebook, which reports both the number of DAUs and Monthly Active Users (MAUs) within a given quarter. In the most recent quarter, for example, Facebook reported DAUs of 1.3 billion, and MAUs of 1.9 billion. Twitter, by contrast, only reports the number of MAUs, which totaled 328 million at the end of the first quarter. Twitter has, for several years, refused to divulge the number of DAUs, a figure that it had reported until shortly after its IPO.

Another indication of the frequency of use is the number of times that a daily active user activates Snap. By Snap’s measure, users younger than 25 visit the site over 20 times each day and spend over 30 minutes each day on the site, a metric which it no doubt hopes will lure advertisers who it hopes will pay a premium fee based on the ability to measure advertising returns on investment with a frequently engaged user base.

One of the many challenges facing Snap is a relatively immature business model. For example, while we were not surprised to see that the company, whose revenue was $405 million in 2016 operated at a substantial operating loss of $520 million. We were surprised to see that the company had a negative gross margin, which is highly unusual for a company of its size. We think this is largely explainable by the considerable bandwidth costs attendant to operating a website with frequent picture and video sharing, along with a heretofore limited revenue base.

In an effort to improve its gross margin, Snap recently signed a multi-year deal with Google, for use of its cloud-based data centers, which guarantees the latter $400 million each year over the next five years. It also enables Snap to, at least in theory, improve its gross margin as it spreads a growing advertising revenue base over a more predictable somewhat fixed cost of goods sold. Snap also signed a smaller deal with Amazon for use of its web services. Snap’s AWS volume purchase commitment increases meaningfully over the next several years, such that when its contract comes up for renewal with Google, it will have a decent bargaining position to obtain the most favorable terms. Snap may also invest in data center capacity of its own to prevent being beholden to either Amazon or Google.

Like Twitter and Facebook before it, Snap has an excellent post-IPO balance sheet, with about $3.2 billion in cash, without any debt. At the end of the first quarter, the company’s DSOs totaled 92 days, an indication that it likely conducts most of its business through third party ad agencies and networks, rather than directly with end customers. To learn more about how Snap’s post-IPO valuation compares with its internet peers of the last eight years, contact Battle Road Research at [email protected].