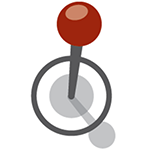 MaxPoint Interactive (NYSE: MXPT) provides an advertising technology platform that helps national brands drive local in-store sales by predicting likely buyers of a product at a particular retail location, and then executes digital marketing campaigns to reach the buyer. Consensus estimates call for revenue of $90 million in 2015 and a loss of $1.27 per share, as compared to revenue of $62 million and a loss of $5.4 million in 2014. The company revenue presented here excludes Traffic Acquisition Costs, aka TAC.

Founded in 2006 and based in Morrisville, North Carolina, MaxPoint staged its IPO on the NYSE on March 6, 2015 in a 6.5 million share IPO priced at $11.50 per share, in a $75 million transaction in which all net proceeds went to the company. The IPO was led by Goldman Sachs & Company, Deutsche Bank Securities, Pacific Crest, Needham, and William Blair. At a recent share price of $8.30, MaxPoint’s market cap is roughly $216 million.

Based on the premise that an estimated 88 percent of total US retail purchases still occur in stores, rather than online, according to research from EuroMonitor, MaxPoint helps retailers and national brands drive purchases in local stores. It does so by utilizing business intelligence captured in statistical models to analyze what it claims to be over 20 billion daily data points. The company’s models track 44,000 specific neighborhoods, capturing shopper demographics, purchasing power, and other attributes, in order to orchestrate a digital marketing campaign for in-store purchases of consumer products like cars, healthcare products, and certain types of high end consumer products that are still purchased primarily in stores rather than through Amazon.com and other online shopping sites.

As of the beginning of 2015, MaxPoint has 479 enterprise customers that conducted at least $10,000 of business with it in the last 12 months. MaxPoint, according to its website, “has worked” with the 20 largest national advertisers in the US, as well as the top 10 US ad agencies, though it is not clear how many of these it is working with currently. The company’s top ten customers accounted for 30 percent of sales in 2014, and no customer accounted for more than 10 percent of sales.

MaxPoint is the most recent public entrant into the crowded field of advertising technology, which sports no less than seven IPOs in the last several years. The sector has been among the most disappointing technology sub-sectors, with most companies not posting profits, and most trading at severely distressed EV/Sales ratios, based on the expectation for further losses. These include Millennial Media (NYSE: MM), Tremor Video (NYSE: TRMR), YuME (NYSE: YUME), and Rocket Fuel (NASDAQ: FUEL). The stand-out exception appears to be France-based Criteo (NASDAQ: CRTO).

Post-IPO, MaxPoint has a decent balance sheet, with about $39 million in net cash (inclusive of $44 million in debt). To see how MaxPoint Interactive screens against a comparable group of over 40 Internet IPOs of the last seven years, please contact Battle Road Research.