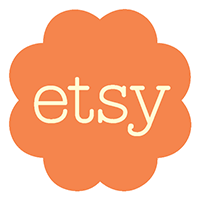 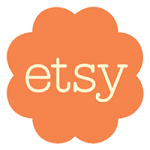 Etsy (NASDAQ: ETSY) operates an ecommerce marketplace, focused on handmade and vintage products and supplies, including clothing, jewelry, electronics, household goods, bath and beauty products, wine, do-it-yourself kits, and toys. Debunking the myth that successful ecommerce sites can be operated only from Silicon Valley or Seattle, Etsy’s operations are based in Brooklyn, one of the five boroughs of New York City. Consensus estimates call for revenue of $273 million in 2015, an increase of 39 percent over 2014, and a Loss per share of $0.69 in 2015, as compared to an operating loss of $15 million in 2014.

Etsy came public on the NASDAQ in an IPO priced at $16 per share on April 16, 2015 in a transaction led by investment banks Goldman Sachs, Morgan Stanley, Allen & Company, Loop Capital Markets, and The Williams Capital Group. Originally structured as a 16.7 million share IPO, the deal was expanded through the underwriter’s allotment to ultimately encompass 19.2 million shares, with 13.3 million shares sold by the company, and 5.8 million shares sold by existing shareholders, up from 3.33 million at the time the deal was priced. All told, the company raised nearly $200 million. Post-IPO the company has about $293 million in cash and no debt. At a recent share price of $13, Etsy’s market cap is roughly $1.5 billion.

Etsy is the most recent in a string of ecommerce IPOs over the last couple years, which include Zulily (NASDAQ: ZU), an ecommerce site focused on Moms, which came public in November of 2013, as well as Boston-based Wayfair (NYSE: W), an October 2014 IPO focused on home furnishings. Recognizing the growing percentage of consumer products purchased over the internet, and that not even Amazon.com can completely dominate web commerce, Etsy occupies a unique niche in online commerce, offering handcrafted, rather than mass produced products, including so-called vintage products, which must be 20 years of age or older.

Etsy’s revenue comes from listing fees from sellers on its sites, typically $0.20 per listing fee, as well as a 3.5 percent fee on the value of an item sold on the site. These fees account for about 55 percent of revenue. In addition, Etsy collects seller services fees, consisting of promoted listings, direct checkout fees, shipping labels, and wholesale fees. Together these comprise nearly all of the remainder. Like eBay, Etsy does not hold inventory or sell goods, an important selling point for sellers concerned that Etsy might compete with them. As of the end of 2014, Etsy claimed over 19.8 million active buyers, and 1.4 million sellers.