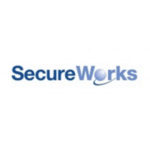 SecureWorks (NASDAQ: SCWX), based in Atlanta, Georgia, is the newest addition to our Battle Road IPO Review Software coverage. The company provides managed IT security services and subscription software to over 4,300 companies in 59 countries. For the fiscal year ending January 31, 2017, Consensus estimates call for revenue of $425 million (up 25 percent from the prior year) and a loss per share of $0.32. For FY’18, revenues are expected to rise by 20 percent to $509 million, while its loss is expected to narrow to $0.10 per share.

SecureWorks priced its 8 million Class A share IPO at $14 per share on the NASDAQ on April 21, 2016, below an expected range of $15.50 to $17.50 per share, thus becoming the first technology IPO of 2016, ending a significant drought. The company is a spin out from Denali Holdings (formerly Dell). Denali continues to own 70 million Class B shares, along with 98 percent of the voting rights. The IPO, which raised over $100 million for the company was led by Bank of America Merrill Lynch, Morgan Stanley, Goldman Sachs, J.P. Morgan, and 13 other securities underwriters-investment banks. At a recent share price of $14, SCWX’s market cap is roughly $1.3 billion.

Founded in 1999, and acquired by Dell in 2011, SecureWorks is something of a hybrid between a software company, and an IT services company. SecureWorks offers a broad range of managed security services and software solutions designed to protect companies against security threats, with an emphasis on early warning and detection of suspicious activity stemming from security breaches, the introduction of malware, and threats from hackers. The company’s more than 4,300 customers are represented across a wide range of industries, including banks, telecom service provers, healthcare services and product companies, and retail chains. Bank of America was its largest customer last year, accounting for nine percent of revenue.

In the most recent quarter, SecureWorks continued to improve its gross margin, which reached 50 percent from 43 percent last year, assisted by the growing percentage of revenues driven by subscriptions, which totaled more than 80 percent last year. At the same time, the company narrowed its operating loss from $26 million in the prior year, to $19 million. Post IPO SecureWorks has a strong balance sheet with $124 million in cash and no debt. SCWX trades in the second half of our Battle Road IPO Review Software sector coverage.