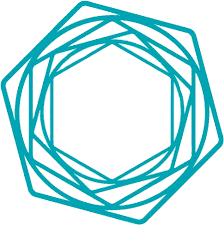 Tenable Holdings (NASDAQ: TENB) provides cybersecurity software, infrastructure, and services, and becomes the most recent addition to our Software sector coverage. The company was founded in 2002, and is based in Columbia, Maryland. Consensus estimates call for revenue of $260 million in 2018, and $331 million in 2019. The company is expected to record a loss of $0.71 in the current year, followed by a loss of $0.75 in 2019.

Tenable debuted on the NASDAQ on July 26th, 2018, in a 12.6 million share common stock offering, inclusive of an underwriters’ option to purchase an additional 1.6 million shares. At an IPO price of $23, Tenable generated roughly $288 million in gross proceeds from the offering, all of which went to the company. Following the offering, there are 91 million shares of common stock outstanding. The IPO was led by J.P. Morgan, Morgan Stanley, Allen & Company, Deutsche Bank, William Blair, and BTIG. At a recent share price of $30, Tenable carries a market cap of roughly $2.7 billion.

Tenable Holdings, formerly known as Tenable Network Security, claims over 24,000 customers for its network security products, and is best known for its Nessus vulnerability scanner, which helps an enterprise assess and prioritize network vulnerabilities to cybersecurity threats. The company has pursued a freemium sales strategy, through which it provides a free version of Nessus, which has culminated in over two million downloads over the last 20 years, along with 19,000 Nessus Professional customers. Revenue from Nessus accounts for roughly 26 percent of sales currently.

Tenable disclosed in late 2015 that it was then on an annual revenue run rate of roughly $100 million, with an undisclosed level of profitability, having experienced bookings growth exceeding 50 percent. The disclosure was made at the same time that the company raised $230 million in a Series B venture round led by Insight Venture Partners, and Accel. Parlaying its geographic position close to the nation’s capital, Tenable achieved strong success selling security solutions to the federal government.

Competing neck and neck against Qualys (NASDAQ: QLYS) and Rapid7 (NYSE: RPD) in the vulnerability assessment market over the last number of years, Tenable identified web application scanning as a growth segment, and developed a strategy to address the convergence of IT security with IT assets in the form of a framework and product line for guarding network assets, including IoT assets. Tenable now offers Tenable.io, a managed SaaS offering, which measures threat exposure across networking infrastructure, desktops and on-premises servers, as well as web applications, and IoT assets. SecurityCenter is an alternative offering, which can be run on premise, or in the cloud. Together, these products account for 74 percent of revenue.

Overall, 86 percent of revenue comes from subscriptions and perpetual licenses sold through channel partners, as Tenable pursues a two-tiered distribution model. Importantly, Ingram Micro, a large computer and software distributor, accounts for 45 percent of sales. 72 percent of revenue comes from enterprise subscriptions, typically paid in advance and lasting for one year, though some customer subscriptions last as long as three years. Tenable trades near the bottom of our Software sector coverage, based on expectations for losses this year and next, along with a comparatively high EV/sales ratio of 8.7x 2019 revenue.