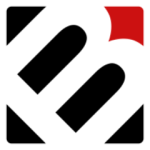 Borderfree (NASDAQ: BRDR) provides cross-border ecommerce software and services for retailers and consumer brands to sell their products in over 100 countries. Founded in 1999, the company, formerly known as FiftyOne until 2013, generated $110 million in revenue in 2013, up from $81 million in 2012, and posted near break-even results for both years. Borderfree debuted on the NASDAQ on March 21, 2014 at an opening price of $16 per share, in a 5.8 million share IPO, which raised roughly $86 million for the company. The IPO was led by Credit Suisse, RBC Capital Markets, Pacific Crest, Canaccord Genuity, Needham & Company, and William Blair. At a recent share price of $15, the company’s market cap. is roughly $450 million. Borderfree offers software and services that enable US brands to sell their products in foreign markets, and handles the localized pricing, payment processing, customs clearance and brokerage, and landed cost calculations, among other functions. Over 90 customers ran 150 ecommerce sites utilizing Borderfree as the end of 2013. Borderfree boasts an impressive client list, which includes Dillards, Under Armour, Pac Sun, Aeropostale, Pottery Barn Kids, Barney’s, Bloomingdale’s, Guitar Center, Cabella’s and others. Borderfree’s challenges include scaling its business model from break even to a sustainable level of profitability. The company generates revenue in part as a percentage of its customers’ gross international sales volume. The company’s top three customers accounted for 25 percent of sales in 2013, and the top 10 customers accounted for 60 percent, although none accounted for 10 percent or more. Following its IPO, BRDR has a strong balance sheet with over $120 million in cash and no debt, and appears, on paper, to have bright prospects ahead.