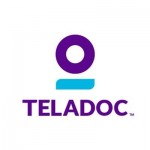 Teladoc priced its 8.3 million share IPO at $19 per share on the NASDAQ on June 30, 2015 for first trade the following day. All shares were offered by the company. Subsequently the underwriters exercised their over-allotment of 1.24 million shares for a total offering of 9.5 million shares, enabling the company to raise about $170 million. The deal was led by J.P. Morgan Securities, Deutsche Bank Securities, William Blair, Wells Fargo Securities, and SunTrust Robinson Humphrey. At a recent share price of $21, Teladoc’s market cap is roughly $800 million.

Teladoc is one of a number of growing healthcare services providers catering to the on-the-go professional, as well as those that wish to avoid fees and expenses incurred by visiting a doctor. Teladoc members pay a $40 fee for a “virtual visit” with a physician or licensed healthcare provider. The visit may be a video collaboration, telephone consultation, or email query. The fee is paid directly by the member or through their healthcare service provider.

The company provides phone based counseling on a range of conditions, disorders, and maladies, including anxiety and smoking cessation treatments, as well as diagnoses of skin conditions and acute infections. Teladoc connects 12 million subscribers to over 1,500 board-certified doctors and health professionals, and claims a median response time of 10 minutes to a user query. During the second quarter of 2015, the company recorded 125,322 patient “visits” versus 61,379 the year before. Teladoc has grown both organically and through acquisitions, including four executed in the last two years. Teladoc’s top ten customers accounted for 28 percent of revenue in 2014, down from 41 percent in 2013. Through the first six months of 2015, the top ten customers accounted for less than 25 percent of revenue.

A number of telemedicine services providers have cropped up in recent years, including privately-held MDLive, Doctor on Demand, and American Well. The segment has been gaining recognition and endorsement from several leading healthcare services providers, including Anthem, Aetna, Cigna, UnitedHealth Group, and others. CVS is currently working with Teladoc, as well as Doctor on Demand and American Well.

Despite its alluring value proposition, Teladoc’s lack of profitability is disconcerting. During the third quarter of 2015, Teladoc recorded sales growth of 83 percent, reaching $20 million, with subscriptions and access fees accounting for 85 percent of sales, and visit fees the remaining 15 percent. The company’s operating loss widened from $3.9 million a year ago to $12.6 million in the most recent period, a disconcerting sign that the company is failing to make progress toward profitability.