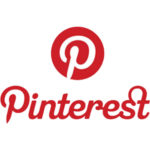 Pinterest (NYSE: PINS), an internet advertising company focused on image-based search for consumers, is a recent addition to our Battle Road IPO Review Internet sector coverage. Consensus estimates call for revenue of $1 billion this year, up 32 percent from $756 million in 2018, along with a loss of $0.13. For 2020, Consensus projections call for revenue and EPS of $1.4 billion, and $0.02, respectively. Pinterest priced its 75 million Class A common stock IPO at $19 per share on the NYSE on April 17th. At a recent share price of $27, Pinterest’s market cap is roughly $14.3 billion.

Pinterest revenue grew 58 percent in each of the last two years, reaching $756 million in 2018.

Unlike most tech IPOs of the last 24-36 months, Pinterest narrowed its losses in the year prior to its IPO, recording an operating loss of $75 million, versus an operating loss of $138 million in 2017.  Operating leverage was achieved in nearly all cost categories over the last year, including gross margin, R&D and G&A. Sales and marketing remains 34 percent of revenue. Company claims that its website attracts 43 percent of internet users, along with strength among Consumer Packaged Goods (CPG) companies and retailers.

While Pinterest has been narrowing its operating loss over the last two years, the company is not yet profitable. This contrasts to best-in-class ad driven internet companies Alphabet and Facebook, each of which were solidly profitable in the year before their IPOs. For example, in Q1 2011, a year before its IPO, Facebook recorded a 54 percent operating margin on revenue of $731 million.

Prior to its IPO, Pinterest had an unusually high level of DSOs: 105 days at the end of 2017, and 107 days at the end of 2018. This is about twice the level of Facebook, and suggests that the company conducts a considerable level of business through ad agencies. We noted that when it reported its first quarter as a public company, DSOs declined to 72 days, a rather miraculous feat.

As an Emerging Growth Company under the JOBS Act, Pinterest has less stringent reporting requirements than other public companies. These include (1), Not being required to have its independent registered public accounting firm audit its internal control over financial reporting under section 404 of the Sarbanes-Oxley Act; (2) Reduced disclosure obligations regarding executive compensation in periodic reports and proxy statements; (3) Exemptions from the requirements of holding a nonbinding advisory vote on executive compensation and stockholder approval of any golden parachute payments not previously approved.

No single advertiser accounted for more than 10 percent of revenue, but a substantial portion of revenue comes from a “small number of advertisers concentrated in CPG and retail,” according to Pinterest’s S-1 filing. As a nearly 100-percent ad driven platform, Pinterest is subject to a low level of visibility from a forecasting standpoint, as most advertisers have only short-term ad contracts with the company.

Going forward, several key questions relating to Pinterest’s long term growth prospects remain. For example, the company’s current ad revenue strength is among CPG and Retailers. Company intends to expand into other verticals, such as automotive, technology, financial services, media, entertainment, and travel. How successful has it been in these verticals thus far? Will image-based search work as well for Pinterest in these other verticals?

Perhaps most critically, Google is known to constantly modify and improve its search algorithms, seeking to ensure that what shows up in organic search results is not artificially induced by website operators. Many web search optimization companies are focused on trying to figure out how Google works, yet Google has a long tradition of penalizing companies that seek to “game out” its algorithms. In the first quarter of 2018, Pinterest acknowledges that Google “de-indexed” Pinterest landing pages, and that this action hurt traffic and user growth. We are curious as to why Google took this action. Could it occur again?