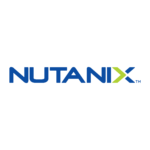 Nutanix (NASDAQ: NTNX), a provider of cloud-infrastructure appliances, becomes a recent addition to our Battle Road IPO Review Hardware sector coverage. Founded in 2009, and based in San Jose California, Nutanix has helped to develop a new class of appliances designed to optimize resources in the data center. Consensus estimates call for revenue of $740 million in the current fiscal year ending July 31, along with a loss of $1.39. Next year, it is expected that the company will reach $1 billion in revenue, along with a loss per share of $0.86.

Nutanix priced its 14.9 million Class A share IPO on September 30th at an opening price of $16, with all proceeds going to the company, thus raising about $230 million, after deducting underwriting and other IPO costs. Along with 120 million Class B shares, which have 10 times the voting power of Class A shares, the company’s total shares outstanding are 135 million. The transaction was led by Goldman, Sachs & Co., Morgan Stanley, J.P. Morgan Securities, RBC Capital Markets, along with eight additional investment banks. At a recent share price of $28, Nutanix’s market cap is about $3.8 billion.

Founded by Mohit Aron, Ajeet Singh, and Dheeraj Pandey, who is currently, chairman and CEO, Nutanix has helped to define a new class of appliances around the notion of a “hyper-converged” architecture. Previously, appliances were largely dedicated to optimizing the separate tasks of computational intensity, storage, virtualization, or networking. With Nutanix’s approach, a single box combines the elements of all four tasks. In only the last several years, Nutanix has grown to serve over 3,700 customers, including 300 Global 2000 Enterprise companies.

As a fast-growing venture-backed company, Nutanix has generated a lot of buzz in IT circles, particularly given Nutanix’s claim that it can help companies achieve the same type of benefits that Google, Facebook, and Microsoft have achieved in their own data centers, without the extensive investment in proprietary hardware and software.

Nutanix has become a nuisance to several industry leaders, including VMware, Cisco Systems, and HP, each of whom have something to lose should Nutanix continue to gain credibility with heads of IT. Each of the above-mentioned companies has, in the last year, launched so-called hyper-converged appliances of their own, and in some cases, severed all ties to Nutanix, by no longer allowing it to participate in their coveted partner programs.

Post-IPO, Nutanix has an excellent balance sheet, with $347 million in net cash. However, the company ranks near the bottom of our Hardware sector coverage, based on the expectation for operating losses this year and next.