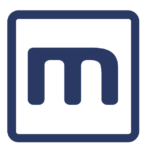 Founded in 2003 by Peter Bauer, currently CEO and Chairman, and Neil Murray, currently Chief Technology Officer, and based in London, the UK, Mimecast (NASDAQ: MIME) is a leader in cloud-based email management, including data security and archiving. The company serves over 18,000 customers in a broad range of industries, and added 1,800 new customers in the recently concluded March 31 quarter. Consensus estimates call for revenue of $173 million in fiscal year 2017 (ending March 31), which implies a 22 percent increase over the prior year, while EPS estimates suggest a loss of $0.05 per share, which would compare to a loss of $0.07 in FY’2016.

Mimecast debuted on the NASDAQ on November 19, 2015 in a 7.8 million share IPO priced at $10 per share that enabled the company to raise about $70 million. The deal was led by Goldman Sachs, Barclays Capital, Jeffries, RBC Capital Markets, and Oppenheimer and Company. At a recent share price of $9, Mimecast’s market cap is roughly $475 million.

Mimecast offers a wide range of archiving and data security services that enhance corporate email systems with additional features for storing and retrieving emails, as well as an additional layer of protection for corporate email users, such as those running Microsoft Office 365. Roughly 60 percent of revenue is derived from channel partners, rather than a direct sales force. The company’s customers are based principally in three countries, with the U.K. accounting for 42 percent of sales, the US 38 percent, and South Africa 19 percent.

The company’s email archiving and threat protection services are derived from a broad range of industries, including legal services (17 percent), professional, scientific and technical services (14 percent), manufacturing (13 percent), and finance and insurance (12 percent), with no customer accounting for more than one percent of sales.  The company claims a greater than 90 percent plus retention rate among customers for its services. Mimecast competes against a broad range of competitors, including Microsoft through its Exchange Server offering, Barracuda Networks (NYSE: CUDA), Symantec (NASDAQ: SYMC), and Proofpoint (NASDAQ: PFPT).

Mimecast’s net cash position post IPO is $126 million, and the company is generating cash from operations. To learn more about how Mimecast screens relative to its software peers, please contact Battle Road Research.