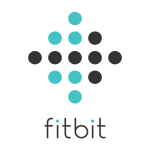 Fitbit (NYSE: FIT), based in San Francisco, CA, manufactures wearable fitness tracking devices that record various metrics, steps taken, distance traversed, calories consumed, and the quality of one’s sleep. Founded in 2007 as Healthy Metrics Research, the company changed its name to Fitbit in the same year. Consensus estimates call for revenue of $1.7 billion in 2015, an increase of over 120 percent over 2014, and EPS of $0.75, up slightly from the prior year.

Fitbit priced its 37 million share IPO on the NYSE on June 17 for a first trade on the following day at $20 per share. 22.4 million Class A shares were offered by Fitbit, thus raising $448 million for the company, while pre-IPO investors sold 14.2 million shares. The underwriters were granted a 30 day option to purchase an additional 5.5 million Class A shares. The deal was led by Morgan Stanley, Deutsche Bank, and BofA Merrill, while SunTrust Robinson Humphrey and Barclays were “passive joint book-running managers, and Raymond James, Piper Jaffray, Stifel, and William Blair were co-managers. At a recent share price of $33, Fitbit’s market cap is roughly $6.8 billion.

Seemingly well-positioned at the confluence of consumer wearables, a trend toward greater health and fitness awareness, and the current fascination with collecting and analyzing data on oneself through the use of smart sensors, software, and the cloud, Fitbit is among the year’s most intriguing consumer product IPOs. Co-founded by CEO James Park and CTO Eric Friedman, the company began selling wearable fitness trackers in 2009, when the first model shipped as a clip-on device. By 2013, the company’s annual revenue grew to $271 million. It nearly tripled to $745 million in 2014, and in the second quarter of 2015 revenue rose to $400 million from $114 million in the prior year.

Emerging from the pedestrian category of pedometers, Fitbit, self-proclaimed a “fitness platform” in its IPO prospectus, sold 20.8 million devices, from its inception through the first quarter of 2015, and sold 4.5 million connected units in the second quarter of 2015, as compared to nearly 11 million units sold in all of 2014. Since shipping its first wearable device, Fitbit’s product line has grown to encompass six wearable fitness tracking models, ranging in price from roughly $60 to $250, available in both clip-on, and wristwatch style configurations. Fitbit offers a “good, better, best” approach to marketing, as its products range from everyday fitness products, to a single “active” product, the Charge, and a “Performance” product, the “Surge” priced at $250. Fitbit claims an 85 percent revenue market share of the US connected activity tracker market, according to data gathered by the NPD group.

As one might imagine, the price points of Fitbit’s activity trackers increase according to functionality, from basic tracking of number of steps taken to the total distance and calories burned, sleep duration and quality, to more advanced functions, such as heart rate tracking and GPS-type functions, such as speed, distance, and exercise routs. In addition to wearable products, the company also sells wrist bands, clips, clasps, power cords, belt holsters, charging stations, logoed T-shirts and caps, backpacks, and even a wifi scale.

Of all the competitors on the market, which include Jawbone, Garmin, Omron, and others, Apple offers the most serious competition, as it offers a free fitness app in its iPhone 5 and iPhone 6 products, though technically neither device is a considered a “wearable.” However, the long awaited introduction of its first generation iWatch, is the most formidable intermediate term challenger to Fitbit. Even though the fitness tracking capability of the iWatch falls short of Fitbit, and the device is still significantly higher in price, Fitbit runs the risk of becoming the Garmin of the fitness tracking market. Intriguingly, Fitbit’s IPO was priced on the same day that Apple made its iWatch available for purchase on a world-wide basis.