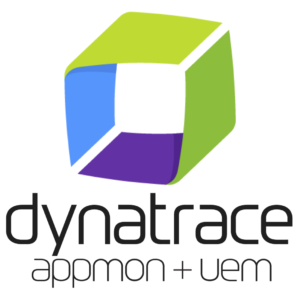 Dynatrace (NYSE: DT), a provider of application and performance monitoring software and services, becomes the most recent addition to our Software sector coverage. Originally developed inside of Detroit Michigan-based Compuware, the company was spun out as a separate entity, when Thoma Bravo, a private equity investor took Compuware private in 2014. Today, Dynatrace is based in Waltham, MA. Consensus estimates call for revenue of $523 million and EPS of $0.20 for FY’20 (ended June 30th), followed by revenue of $650 million, and EPS of $0.26 in FY’21.

Dynatrace debuted on the New York Stock Exchange on August 1, 2019 in a 41 million share common stock offering priced at $16 per share. Goldman Sachs, J.P. Morgan and Citigroup Global Markets led the underwriting team, along with nine other firms that assisted in placing the shares. With 39 million shares offered by the company, Dynatrace raised an estimated $590 million in net proceeds from the offering. At a recent share price of $17, DT carries a market cap of roughly $4.8 billion.

Dynatrace serves customers that run software both on premise and in the cloud. Dynatrace helps to manage the availability of software across a corporate network, and then pinpoint and monitor software and network bottlenecks. The company also provides software to simulate user performance prior to the rollout of new software, or software updates to prevent user backlash.

Originally based in Austria, Dynatrace was moved to the US in 2008, where John Van Siclen became CEO three years before it was acquired by Compuware for $295 million. Van Siclen has remained with the company ever-since, even as it bulked up with additional acquisitions made by Compuware, such as the 2008 acquisition of Gomez, a Lexington, MA based provider of web application performance management software. After the company was spun out from Compuware, Thoma Bravo merged Keynote, another software company in its portfolio, into Dynatrace.

Dynatrace currently counts nearly 1,600 customers as recurring revenue customers on contract as of the end of the most recent quarter. These customers generate at least $10,000 of annual recurring revenue. The company’s recent FY’20 Q1 (ended June 30th) results indicate that the company has gained substantial momentum in its transition to an all-subscription-based software company, with subscription revenue of $108 million, a 38 percent increase over the prior year. At the same time, license revenue declined by 65 percent from $11 million in the June 30 2018 quarter to just $3.8 million.

Post-IPO Dynatrace has a mediocre balance sheet, with roughly $647 million in cash, along with $1 billion in long term debt, as well as $600 million payable to a related party, which, as best we can tell, relates to the spin-out from Compuware when the entire entity, including Dynatrace, was acquired by Thoma Bravo in December of 2014. The company’s balance sheet structure makes it likely that Dynatrace will emphasize EBITDA rather than EPS in the near term.